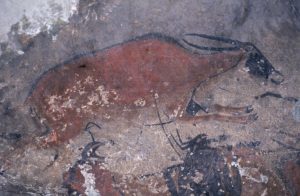 One man made thousands — possibly hundreds of thousands — of children sick. Many of them died and many will continue to die, because one man passed bad science off as legitimate.

In 1998 Andrew Wakefield published an article in the prestigious medical journal The Lancet, which found a link between the combined mumps, measles and rubella vaccine and autism. It was a lie but it took more than a decade for the journal to fully retract that paper. It has been thoroughly debunked but today some parents still refuse to vaccinate their children, and a large part of that fear is based on one scientist whose lie had the protection of the scientific academy for 10 years.

But what happens if false science had been held to be true by most scientists for decades, even centuries?

At a cursory glance, there is nothing wrong with the research. The scientific article ticks all the right boxes, and should get us all a-twitter. The research looks at how South African fire management in the Kruger National Park is promoting biodiversity. Tick. It is published in one of the world’s leading academic journals, Science. Tick. This means it has been extensively peer-reviewed. Tick. It makes South Africa look good. Tick.

But this piece of research has one major, irredeemable flaw: it does not have a single South African or African author.

Social media could come back to bite us

South Africans, like another 2-billion people worldwide, have swallowed social media without a second thought. Nuclear technology, cloning and fracking we consider to be dangerous technologies, things to be protested against, fought about, strongly regulated. But we welcome constant connection to a virtual world and are really only frustrated that high data costs inhibit greater contact.

Guide: How to spot predatory journals in the wild

Not all academic journals are made equal: some are the pinnacle of global scholarship, while others are a collection of articles thrown together with little regard for quality or rigour. At worst, it might even be a scam journal specifically out to make money. If you are a researcher, fact-checker or journalist, how can you know that the article you’re citing is a legitimate piece of research in a credible journal?

South Africa has tripled its black science PhD graduates over the last decade, and since 2013 has been graduating more black PhDs than white ones—a marked change from the situation under the apartheid regime. But the academic space still has a long way to go before it reflects the populations of the multi-racial country.

African women — the largest demographic in the country — are significantly under-represented in terms of science graduates at some of South Africa’s top performing higher education institutions. The University of Stellenbosch and the the University of Cape Town (UCT) were the worst performing universities with African women accounting for 3% and 16% of their science bachelors graduates.

Academics in South Africa are in uproar after a government research agency announced plans to cut the budget of a prestigious grant programme that rewards the country’s best researchers. The move is “catastrophic”, according to George Ellis, a top-rated mathematician at the University of Cape Town who receives funding from the programme. He said it would “leave many of the best researchers in the country high and dry”.

It started with technology innovators looking online to access the deep pockets of venture capitalists. Now scientists are following suit. SA’s researchers, feeling the pinch of fiscal austerity, are turning to the internet to fund their research. Whether it is for tracing the history of human disease back to the early ancestors, monitoring the country’s groundwater, or establishing a new penguin colony, researchers are asking citizens to fund their science.

One thousand ziplocked bags of soil from ten countries will form the basis of the first large-scale survey of the microbial life hidden underground in sub-Saharan Africa. The leaders of the African soil microbiology project hope that the data will one day help to drive better agricultural practices and to protect ecosystems and crops in the face of climate change.

When climate change kills off the Western Cape’s indigenous fynbos species, what will fill its place? asks Jasper Slingsby, a biodiversity scientist at the South African Environmental Observation Network.

“To borrow from the physicists, ‘nature abhors a vacuum’ — all indications are that the winners from climate change in the Cape are invasive species like the pines, eucalypts and wattles,” he says.

Vacancy: some more elephants needed in the bush (Business Day)

The African elephant is one of the continent’s best studied animals. However, conservation efforts have been based on flawed data.

New research out of the University of Pretoria has, for the first time, shown how many elephants there should be in an ecosystem, rather than how many there actually are. And the numbers are not pretty.

How you can help save the Karoo (GroundUp) 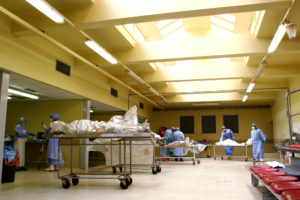 One in 10 people who pass through Gauteng’s mortuaries is not identified. Their bodies languish for months in overcrowded and under-resourced forensic pathology service facilities, flesh slowly decomposing because a fridge can only slow the inevitable decay for so long.

If it wasn’t for the smell, no one would know there was a body there.

The savannah grass reaches above the waists of passers-by sweating under the Gauteng summer sun. If the body has been there for a while, the soft tissue of the face will have decomposed. There is often no identification on the body — no ID, no cellphone, no wallet — and the clothes have been shredded into faded, unrecognisable rags by the elements.

Forty unclaimed bodies are to be buried in Doornkop cemetery in Soweto on this particular Tuesday morning. An undertaker confers with an official as they cross names and numbers off a list. Two men lean against bright yellow earthmovers, waiting for their cue in this burial scene.

“Move it away! We don’t want it!” a farmer shouted at a crowded meeting in Carnarvon, a small town in the semi-arid, sparsely populated Northern Cape, one of South Africa’s poorer provinces. He was talking about what will be the largest radio telescope in the world, the international Square Kilometre Array (SKA), a portion of which is due to be built nearby.

Ghana has launched its first radio astronomy observatory in an effort to widen knowledge of African skies, catalyze skills development, and attract scientists. A 32-meter wide (104-foot) radio telescope, converted from an old telecommunications dish, forms the heart of the observatory, which is in Kuntunse, about an hour from the capital Accra.

Designs for the world’s largest radio telescope have been scaled back to save money — a decision that astronomers say could affect its ability to peer deep into the Universe’s past.

The Square Kilometre Array (SKA) project in SA employs 245 people and oversees a budget of billions of rand. From April 2017, it will also form the backbone of a national radio astronomy observatory, absorbing existing facilities into a single entity.