If you mention ‘South Africa’ and ‘innovation’ in a sentence together, people will nod their heads wisely and say, ‘Ah yes. Pratley Putty. Do you know that it is the only South African product to have travelled to the moon?’ While Pratley Putty has pride of plac 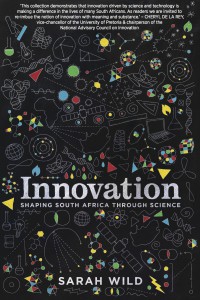 e alongside duct tape as one of the world’s more useful adhesives, it was developed in the 1960s. Or the Kreepy Krauly, an automatic pool-cleaning device that is now sold all over the world … which was first sold in the 1970s. ‘Of course South Africans are innovative – Christiaan Barnard performed the world’s first heart transplant,’ people say. But that was in 1967. What are we doing in 2015?

Innovation is a celebration of the science and innovation happening in South Africa right now, addressing real problems on the ground and helping people in South Africa to live healthier, happier lives. It looks at inventions – developed locally by South Africans – to address issues in the areas of environment, energy, health, industry and education. Some of these inventions, such as genetic research for personalised medicine, can save lives; others, such as a unique way to beneficiate titanium, could spell a new era of industry in the country. All of these innovations illustrate our current scientific advances and developments and showcase South Africa’s potential for excellence. Buy Innovation on Amazon here.

Searching African Skies: The Square Kilometre Array and South Africa’s quest to hear the songs of the skies

An ambitious scientific project is unfolding in the desert of South Africa, with a multi-decade time line that will eventually see expansion into Western Australia—a project that is detailed 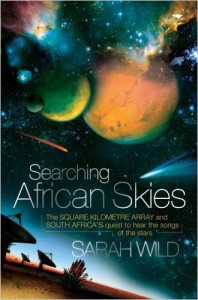 and celebrated in this book on the Square Kilometre Array (SKA). The SKA will be the largest and most sensitive radio telescope, expanding the capabilities of scientific probing and addressing significant unanswered questions about the universe, such as the formation of galaxies and the nature of gravity.

Science writer Sarah Wild covers the important development with this exploration of its implications on an international scale as well as its South African context, from the first telescope built in the country in the 1960s to Xhosa starlore. Interspersed with |Xam bushmen stories rewritten from original manuscripts, this consideration is an informed and thoughtful insight into an exciting step in astronomy. Buy Searching African Skies here.